Elbow with Drain / Vent: What You Need to Know 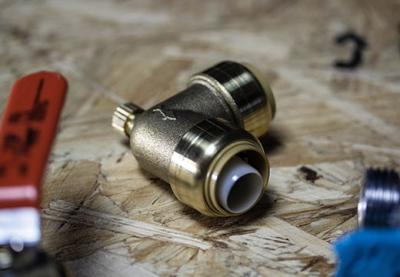 From flexible PEX piping to visual indicators on fittings that confirm a secure connection, we create products that not only make life easier for plumbing professionals during installation but also protect their hard work long after they’re done.

The new Brass Push 90° Elbow with Drain/Vent follows that same commitment. It makes it easier to protect certain systems from damage caused by winter freezes. Here's a closer look at how exactly the elbow works, its popular applications and more.

What Is It and What Problem Does It Solve?

It’s a 90-degree elbow that allows people to drain water from the line. It'll come in handy the most right before freezing temperatures hit your area. That way no water left in the pipes will freeze and expand, potentially cracking the pipe and causing unwanted damage. You can retrofit the elbow into the plumbing system or install it when initially plumbing the home.

Where Is the Elbow Fitting Used?

Common applications include draining an irrigation system or hose bibb so that they’re not susceptible to freezing. For irrigation, a compressor can be used with the elbow to force all the water out of the lines. For the hose bibb, gravity will force the water out through the elbow.

How Does the Brass Elbow Work?

The elbow makes winterizing more convenient by reducing the steps to drain the line. For instance, if you were trying to drain water from a hose bibb, you’d need to shut off the ball valve supplying the hose bibb inside the house. Then, you’d need to go outside to open the hose bibb so the water could completely leave the pipes. Putting a drain/vent on the elbow lets you do the whole job from one location. Another benefit?  SharkBite push-to-connect ends make the elbow compatible with PEX, copper, CPVC, PE-RT and HDPE pipes in any combination.

Does the Elbow Vent When It Freezes?

It doesn’t automatically sense freezing and vent. Homeowners have to manually decide to vent the water before there’s a freeze in the pipe.

But if you’re looking for a valve that relieves pressure for you once it rises past a certain point, the Cash Acme FWC will protect against problematic and over-pressure conditions. Though it’s most commonly used in commercial and industrial applications as a pressure relief valve for thermal expansion, it can also be used in residential homes to automatically release pressure caused by freezing water that’s expanding. Connect it to the coldest area in the plumbing system for best results.

Keep pipes and valves safe from freeze damage and make the winterization process a little easier.

And what other RWC solutions integrate with SharkBite solutions for professional, reliable commercial plumbing installations.

See how EvoPEX compares to other plumbing methods.
Image 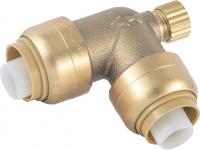 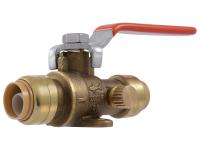 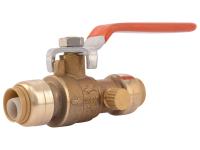 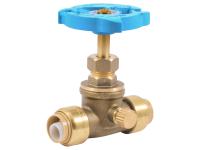