Russ Mounts, Owner and President of Inter-Mountain Mechanical Contractor in Fort Collins, CO was faced with a major multifamily plumbing challenge. Mounts and his crew had to replace all the piping in 285 apartment units from three different apartment complexes, within just 16 months. One property was originally plumbed in the 1990’s with CPVC that all needed to be replaced with PEX. Additionally, the crew had to install all-new water heaters and appliances in each unit. The other two apartment complexes were originally plumbed with hazardous polybutylene pipe, which Inter-Mountain Mechanical had to also replace with PEX pipe. 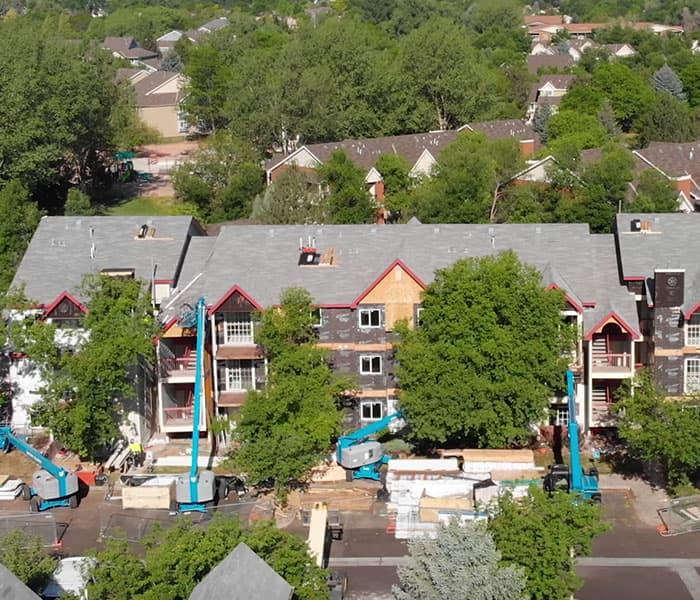 “Turnaround was very labor-intensive and on a tight timeline because 285 families had to be relocated during that time,” Mounts said. “So, when [the builder] first approached me about the project, no additional time was factored in.”

Aside from the fast turnaround, the Inter-Mountain Mechanical crew said they did not have the space to install crimp fittings, so they needed to explore an alternative installation method. Additionally, the crew had to find a solution that would ensure minimal property damage as they worked.

Inter-Mountain Mechanical’s supply house recommended SharkBite EvoPEX as a faster, more efficient solution than crimping. The sales team at Buche & Associates followed up with a demonstration for the crew, highlighting the ease and flexibility of EvoPEX. Inter-Mountain Mechanical decided to test EvoPEX for themselves, starting with eight apartment units. “The job was fast, easy and everything tested out beautifully,” Mounts said, recalling his first experience with EvoPEX.

Inter-Mountain Mechanical ended up purchasing thousands of feet of SharkBite PEX tubing and EvoPEX fittings. Mounts told us that if three crew members use EvoPEX on this project, they can complete an average of six to eight units a day.

“If we had used crimp, we would have only completed three units a day. With copper, we wouldn’t have even finished two,” Mounts said. “From here on out, any PEX jobs that I install will be with EvoPEX. I’ve bought more EvoPEX than anyone west of the Mississippi.”

Inter-Mountain Mechanical will finish this project within 12 months – four months before their 16-month deadline.

Peter Joseph, licensed master plumber and owner of Two7 Plumbing in Newnan, Georgia, shares how he used a range of SharkBite fittings for an outdoor installation.
3 min read

The Job at a Glance With more than 30 years of experience in hotel construction...