Anna Pearson loves staying active. If she’s not working out, hiking or camping, she’s discovering great dining spots and meeting new people. When it comes to a career, that adventurous and curious spirit just wasn’t born for the typical 9-to-5 office job.

“Forty hours out of my life, every single week, being stuck in a cubicle is just my actual nightmare,” she said.

So when Pearson found herself at a crossroads in her life, she made the switch to a career that would meet both her professional and personal needs. 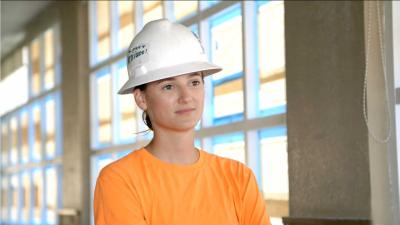 In 2020, Pearson found herself struggling. She had gone through a divorce and was working in veterinary medicine. Though she loved the field, it just wasn't paying her enough to support herself.

So she reached out to her best friend and mentor: her dad. A master plumber and a business owner, he encouraged her to examine the situation realistically. She had tried college, selling insurance and retail. Though she had explored several careers, nothing ever really stuck. So he said why not try a trade?

She researched it for a few days.

“I saw nothing but good things, and so I decided to go ahead and take the plunge,” Pearson said.

Now she’s a plumbing apprentice in commercial new construction as well as a plumbing influencer known affectionately on Instagram as the Plumbing Princess. As she’s begun to develop her plumbing skills, she’s made some observations about the field and how it aligns with her passions.

The Personal Benefits of a Career in Plumbing

Pearson loves that plumbing isn’t your typical white-collar job with a rigid set of hours.

“It's an adventure,” she said. “Every day I learn something new. You don't get to say that about a lot of other industries or fields of work.”

Plus, she’s getting paid to learn during her apprenticeship, something typical of most trades. Everything that’s she’s learning, she’s using in her day-to-day, and she earns a living wage all at the same time.

“When I was in college, I was broke and starving and very stressed,” Pearson said. “Now I get to have my full-time job and my college all in one.”

Additionally, she still gets to do the recreational activities she loves the most, from hikes to work outs. 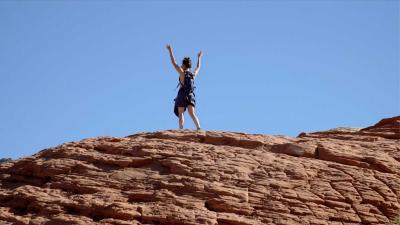 Hopes for the Trade and Her Plumbing Career

Pearson has her sights set on becoming a journeyperson, a four-year process. Though it may seem like a long time, she said time flies when she’s out in the field.

By documenting her journey through her Instagram account, she also hopes to break down stereotypes of the trade.

“The trade is not butt crack, plunger, you know smelly, old, whatever,” she said.

Rather, she wants to show people that the trade is made up of all sorts of different people from many walks of life. And ultimately, she hopes more people join the trades, making it a growing industry again.

For her, the benefits of a plumbing career speak for themselves: the ability to always learn something new, to meet basic needs, support your family, buy a home and create a legacy.

“For those people that are maybe a little lost or those people like myself, that schooling was never their strong suit, oh man, hands down, go into a trade,” she said. “You're not going to regret it.”

With 15 years of experience under her belt, Kim Yeagley, owner of Gold Canyon Plumbing, shares her path to becoming a plumber, the obstacles she's overcome and how a plumbing career allows her to find balance between work and play.
Image

We spoke to three plumbers about their top career successes to date and what advice they have for other plumbers in the new year.
Image

How Starr Delgado built a successful and fulfilling career as a plumbing instructor.